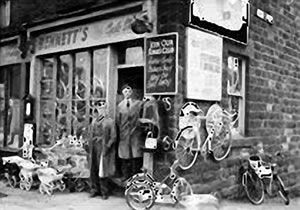 Established back in April 1949 by Benjamin John Bennett, Bennett’s motorcycles has experience which other motorcycle companies can only dream of. Benjamin or Ben as he was known started the business shortly after leaving the R.A.F in 1949 his first venture was pedal cycles which he sold and repaired, most of them were for other local business who used cycles to make their deliveries. The first shop was opened close to the current premises and after a short time salehad started to soar and a successful business was established.

Ben was soon well known around the area and himself a keen racing cyclist set up many cycle races and trips from all over the north of England. This also added to the rise in business popularity and service. It was in the early 50s that Ben decided to look at motorised scooters or pedal assisted bikes such as the Raleigh Wisp. With this came the interest of British motorcycle manufactures like Triumph and B.S.A who supplied Ben with parts so repairs could be undertaken,now a full Motorcycle dealer was born. 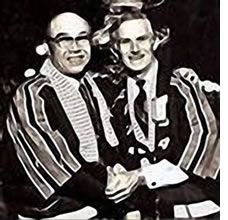 This continued successfully and Bennett’s Motorcycles quickly became the leading motorcycle dealer in the Yorkshire area. Ben along with his young son Paul decided for something new an unknown Motor company from Japan called Honda. This partnership went unblemished for almost 35 years until Honda failed to supply the U.K price demands in the early 1990s.

Ben was awarded a privileged 5-star dealership. The only one in the north of England at that time.

The family business was set with Ben taking a back seat role through most of the 70s and 80s and, with Paul taking control, the business flourished to become the largest independent motorcycle dealer in Barnsley.

Today the business is runby the grandson of the legendary Ben Bennett, Russell Bennett who took control in 1997. 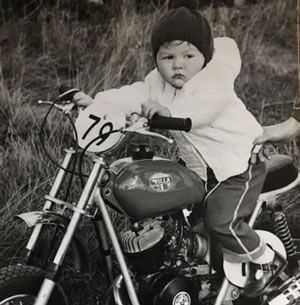 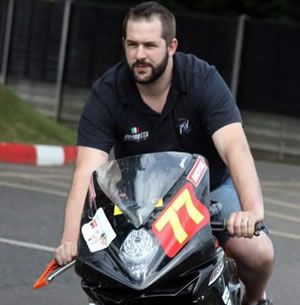 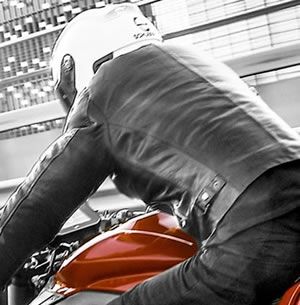